The Tax Working Group have been busy. Amidst the uproar of the proposed Capital Gains Tax, they’ve also recommended the New Zealand Government consider introducing a Water Tax on all types of water use including hydro-generation and commercial water use.

This would result in higher power prices and cost of water use by businesses such as those responsible for producing our tasty wines.

You may be surprised to know that by having a medium-sized glass of wine 1-2 times per week, each of us are also responsible for indirectly ‘consuming’ 1,077 litres of water. That’s the equivalent of 16 showers, each lasting eight minutes. [1]

While this might sound somewhat palatable, in the 12 months to 30 June 2018, approximately 300m litres of wine was produced in New Zealand [2]. That equates to 27.9b litres of water ‘consumed’ in just one year.

Fundamentally the underlying objective, to fund the restoration of our waterways, is good. We'll look at how this Tax may get implemented in comparison to other taxes to help us determine whether this Tax will achieve its objective, or other possible outcomes.

How could a Water Tax be implemented?

The Labour Party is suggesting the same charge across the country [3], which means that any additional costs associated with a Water Tax would increase proportionately irrespective of region.

The Opportunity Party is suggesting the price should reflect demand for water at that time and place [3]. This would mean variables such as rainfall would come into play.

There are close to 700 growers and close to 700 wineries across New Zealand, in ten major wine-producing areas [2]. The leading wine regions in the North include Auckland, Gisborne, Wairarapa (Martinborough) and Hawkes Bay, and in the South include Marlborough, Central Otago and Canterbury.

Looking back at 2018, rainfall in parts of Canterbury was well above normal (>149% of annual normal); Auckland, Wairarapa (Martinborough) and Marlborough saw above normal (120-149% of annual normal) rainfall; and Gisborne, Hawkes Bay and Central Otago saw near normal (80-119% of normal) rainfall. Over the course of a year this sounds great. However, a lack of rain and persistent high temperatures, in early 2018, saw elevated fire conditions throughout Southland and Otago. So over the summer months, wines from these regions may cost us more. [4]

In addition, demand for the water at any particular time would also have an impact. For example, a Christchurch resident uses an average of 146,700L of water per year while the average for a New Zealander is 82,800L [5]. So winemakers across the Canterbury region would pay nearly twice as much in a Water Tax than wine makers in other regions. This would impact the cost of a bottle of wine from this region.

Irrigation systems are expensive but can optimise a vineyard’s use of water. Also limiting household use of water, managing power consumption and trading water on an exchange to purchase at more optimal prices are ways a Water Tax could be managed. However, under The Opportunity Party’s suggestion, uncontrollable variables such as rain fall and global warming could have a much greater impact on the cost of our wine.

Where farmers have said they would increase the number of stock on their farm to pay for the Water Tax [9], the same cannot be said for growing grapes. Funds have been solicited to resource research to maximise grape production however it’s uncertain whether the findings could provide an immediate offset.

But wait – an Environment Tax as well!!?!

The Tax Working Group have also recommended an Environment Tax. Initially, the suggestions tabled focus on decreasing our emissions (such as our use of fuel and transport). This would again impact our wine industry, given our 1-2 medium-sized glasses of wine each week would equate to the same emissions as driving a regular petrol car for 100km [1].

And, while not of immediate focus, the Green Party have also been lobbying for a ‘Nitrate Pollution Levy’ targeting farmers and all forms of agriculture and horticulture. They've proposed $2 per kg of nitrate lost to land and water, per hectare of land, per year, with anticipated proceeds to be reinvested in sustainable farming [6].

Luckily using land to grow grapes seems to have relatively low nutrient losses compared to other industry sectors such as farming. Vineyards leach around 8kg of Nitrogen and Nitrogen Oxide per hectare, per year [7].

Across New Zealand 38,000 hectares of land is used to grow grapes. The Marlborough region (which provides for NXZ-listed wine companies - Delegats (DGL), Foley Family Wines (FWL), and Marlborough Wine Estate (MWE)) is the largest, using over 26,000 hectares [2]. The Marlborough region would pay close to an extra $500,000 a year in tax if the Green Party are able to implement their Nitrate Pollution Levy. Across the 313,000 tonnes of grapes grown in this region (and assuming a 75% conversion from grape to litre of wine, then poured into 750ml bottles) Marlborough produced 280,000 bottles of wine. All other things remaining the same, this Levy could increase our cost by about $1.50 per bottle. That’s not too bad for a decent bottle of Marlborough Sav., but at lower price points it's potentially high enough to consider a cheaper import.

Auckland vineyards might not fare as well. Using the same production conversion assumptions above, we’d see a resulting increase of $7.36 per bottle.

In New Zealand the tax system is not generally used to modify behaviour, except for Alcohol and Tobacco Excise taxes which have the stated aim of discouraging drinking and smoking [12].

As at April 2018 the Alcohol Excise, levied per litre of standard wine (as long as the wine contained not more than 14% alcohol) generated $213m across the wine industry. This Excise, plus GST and $3m toward the Health Promotion Agency Levy [8] contributed to $1b in revenue received by the government from the alcohol industry [10].

It seems logical that an increase in the cost of producing wine, whatever the tax, would be passed onto wine purchasers. But to pass on increased costs of production, producers must negotiate a higher price from retailers to recover that cost. Due to the dominant size of the main retailers, competitive marketplace and availability of cheaper imports, wine producers seem to have very little bargaining power and absorb these additional costs. [8] Given not all taxes are applied at a retail level, some of these costs only affect our wine makers. If these costs are not passed through the retailer to the consumer, the excise contradicts its stated purpose.

This begs the question whether the Water Tax will enable the restoration of our waterways, or whether the Environment Tax will help develop sustainable farming in this country, or whether these taxes are just another revenue-generating exercise to enable the government to keep its myriad of election promises.

Irrespective of whether restored waterways and sustainable farming would actually benefit the wine industry, there's no doubt any Water Tax, Environmental Tax / Nitrate Pollution Levy would be additional expenses to them.

As New Zealand’s fifth most-valuable commodity the wine industry is estimated it will be earning $2b in exports by 2020 [3]. The US, UK, Australia, Canada and the Netherlands represent our five biggest markets, currently worth over $1b [2]. In 2016 New Zealand wine commanded an export price of two-and-a-half times the price of an Australian wine in the US [13]. Despite our growing reliance on the export market and the overall export value having increased, the average value per litre has fallen from $8.85 in 2009 to $6.68 in 2018 [11]. Harvest supply meeting demand, a stronger NZ dollar, global events like Brexit, Trump and trade with China, many of the younger generations choosing to drink less if at all, are all factors to keep an eye on.

Currently the wine industry contributes $1.5b each year to the national economy [14]. Decreasing values and additional taxes, could also have some unintended consequences. Even businesses have a finite supply of money, so funds directed toward additional taxes and levies generally means wine producers wouldn’t be able to support their respective local economies with related expenses such as employment (16,500 jobs nationwide). Perhaps this is one of the contributing factors to the significant decrease in winegrowers from 1,073 in 2009 to 697 in 2018 [2]? We saw Vinoptima in Gisborne and Mahana, one of Nelson’s largest producers placed into receivership late last year. Further consolidation of the industry may come in the form of vineyards and wineries being bought by some of the larger companies as demonstrated by Foley Family Wines purchase of Central Otago’s Mt Difficulty in December of last year.

These three NZX-listed companies were born and grown in New Zealand and you can monitor their share prices using finappster. If the government are not able to use the funds received from these taxes to support our wine industry, they'll continue to be squeezed between escalating costs, retail pricing and cheaper imports. Are we simply preparing this industry to yield rich-pickings for foreign-owned companies keen to take our wine and profits offshore?

[7] Massey University, The leaching and runoff of nutrients from vineyards, 2017

[13] interest.co.nz, Wine and other horticulture exports are growing strongly…, 24 Mar 2017 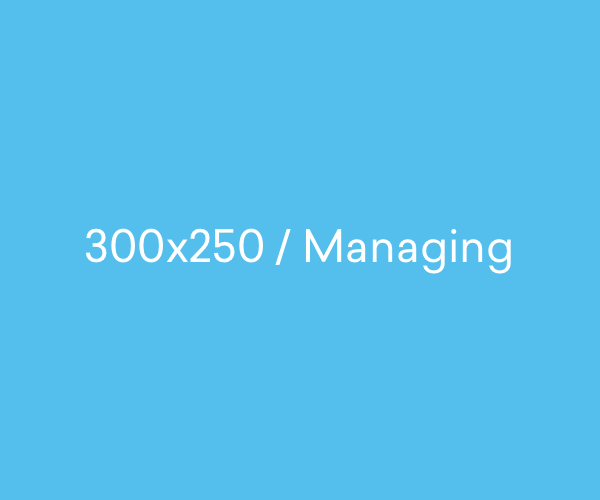 How to get to know your numbers

Find out what the numbers in finappster's dashboards include.

Who's getting behind sustainability?

Find out who's getting behind sustainability, and what they're doing to be better at it.

Three things to look for in your financial advisor

How to find a financial advisor who puts your interests first.